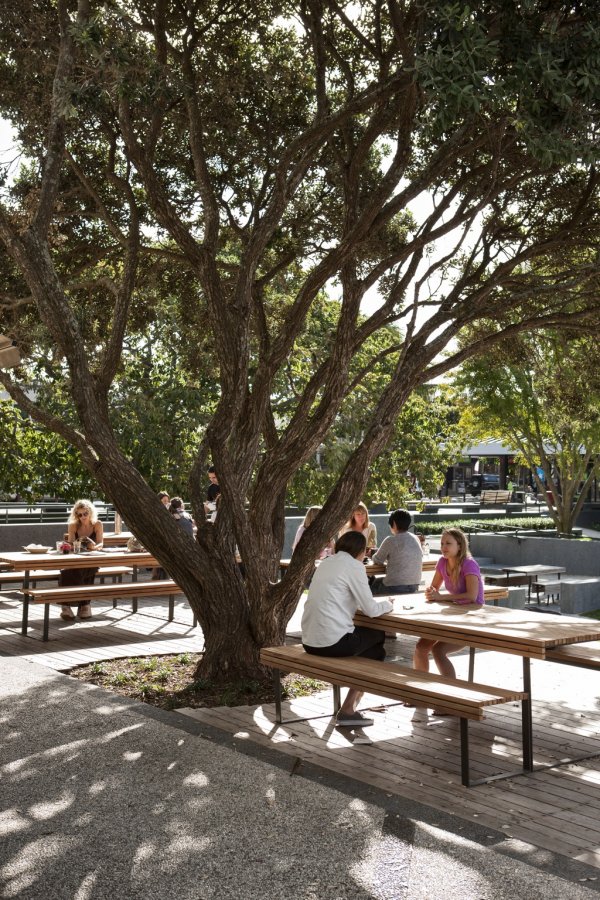 “Hurstmere Green is now a vibrant, useable central public space for people to gather in and enjoy and it also provides much better access between Takapuna’s shopping area and the beachfront,” says Mayor Len Brown.

“This vibrant open space where people congregate and have fun is a shining example of how to provide excellent public amenity and deliver on our 30-year strategy to create the world’s most liveable city. This is one project of several that together will totally transform Takapuna.” 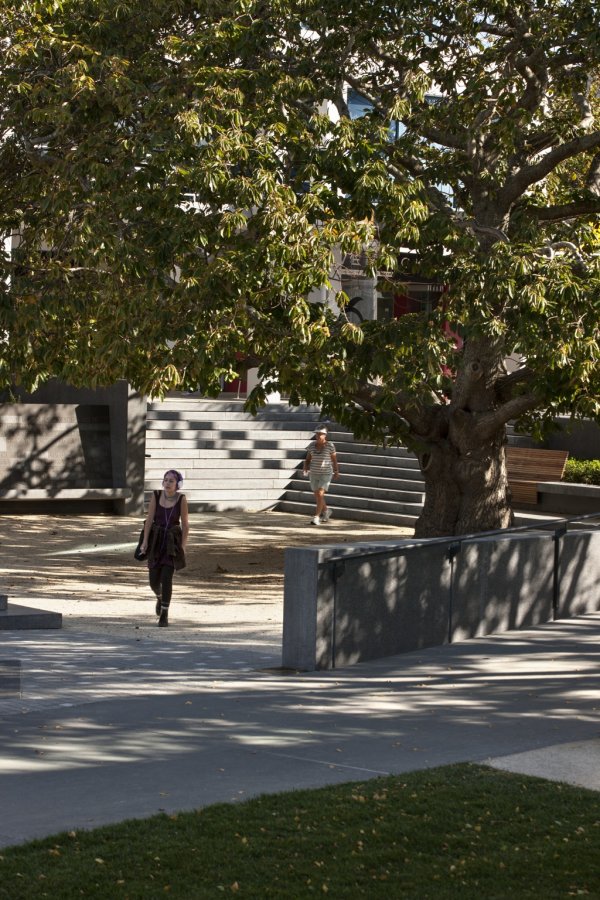 A primary aim of the design concept was to give more space to the existing Spanish Chestnut tree. 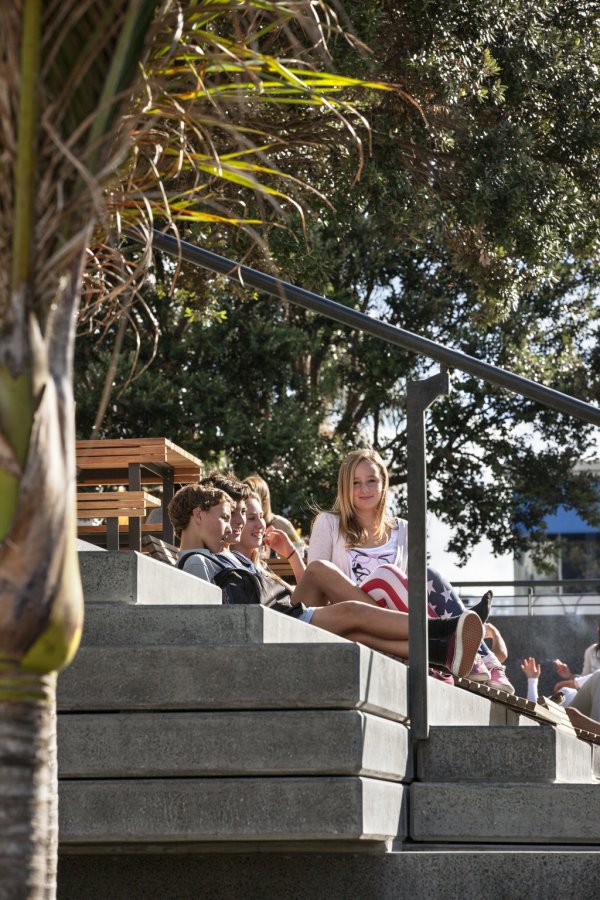 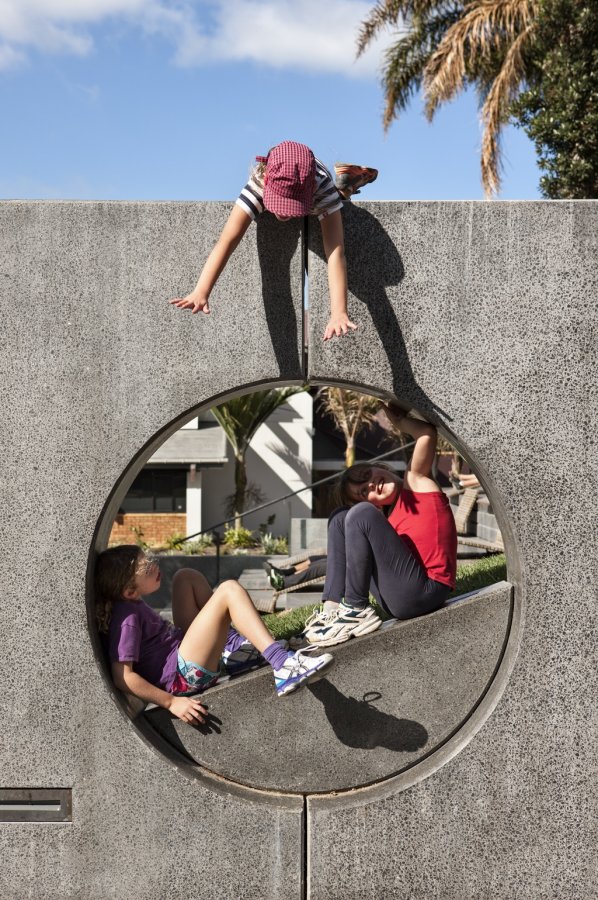 The hole in the wall that shows the slope beyond. It’s come to be known as the hobbit hole. 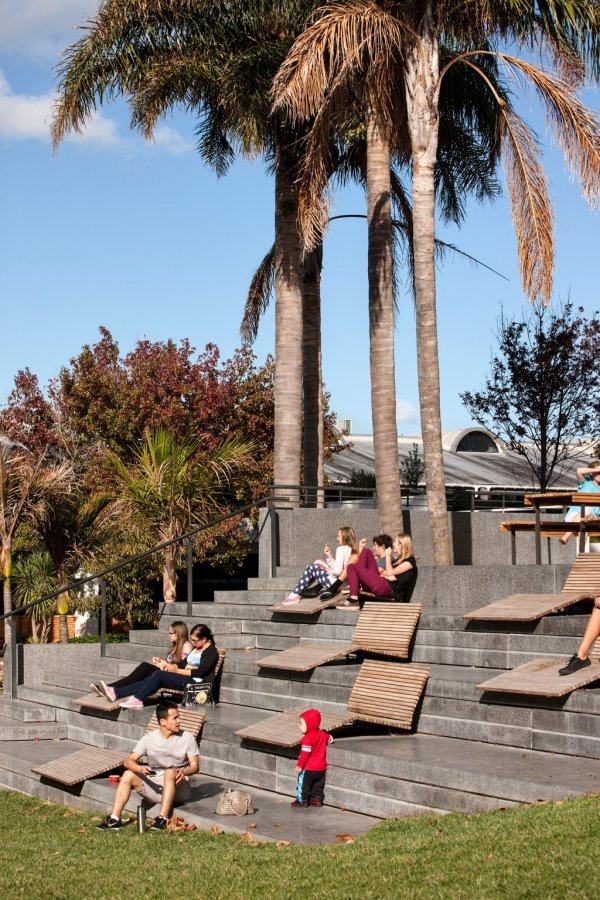 Bleachers with loungers on the sunny side – providing new connections to the neighbouring commercial patio. 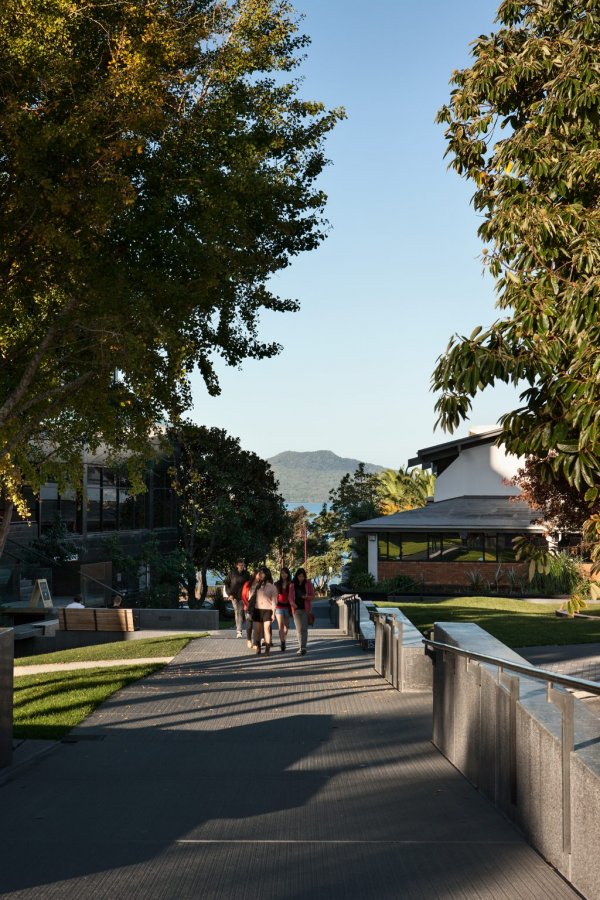 Axis due east to the cone of Rangitoto. 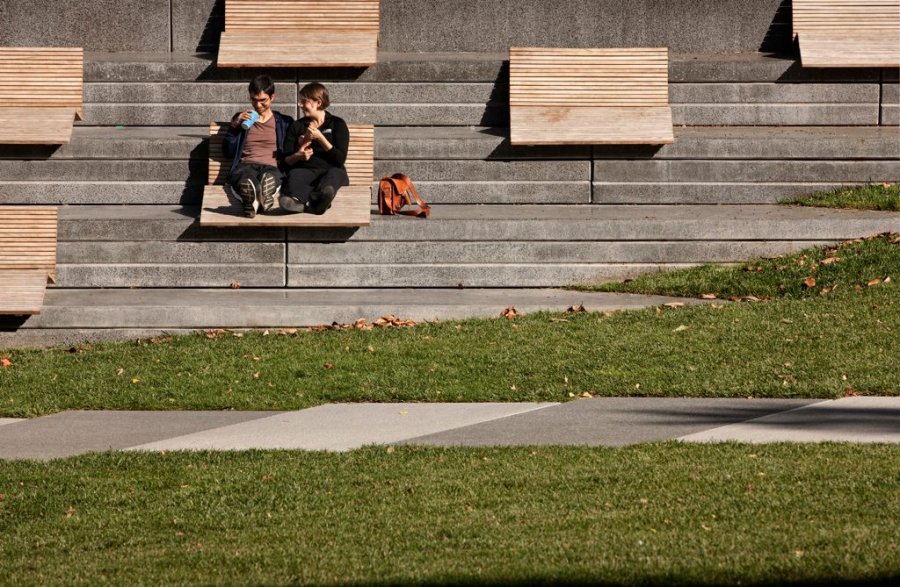 A place for friends and lovers. 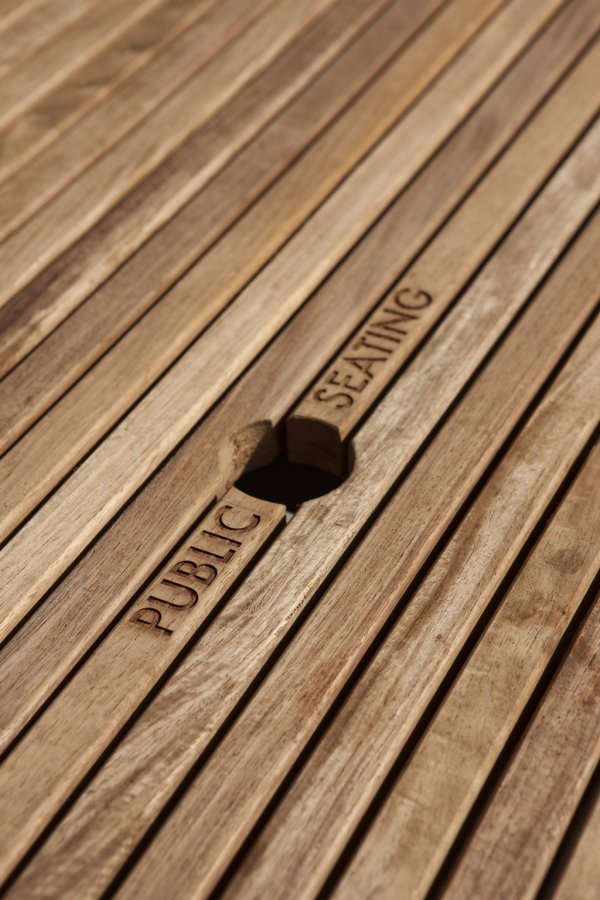 How to indicate the picnic tables are for public use and not just for the nearby cafe? 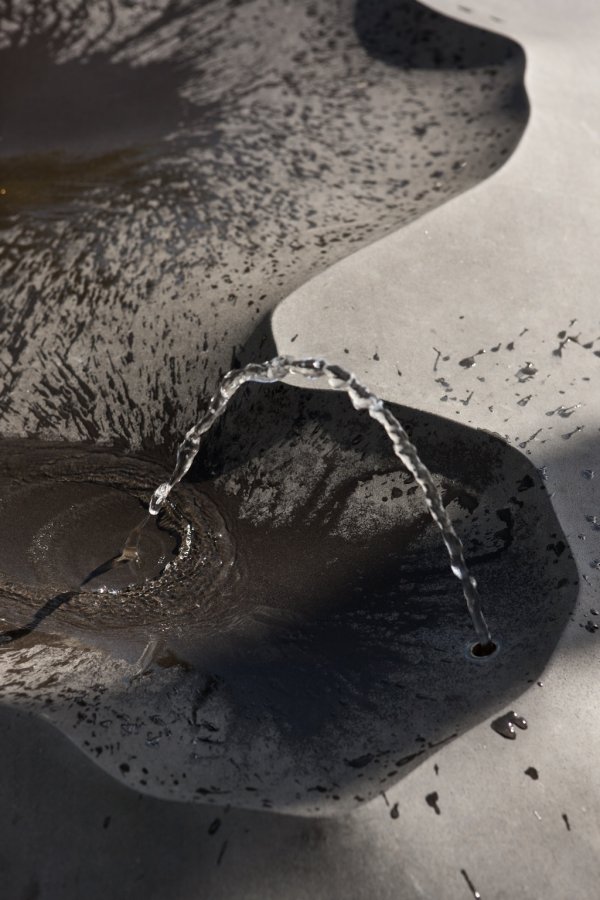 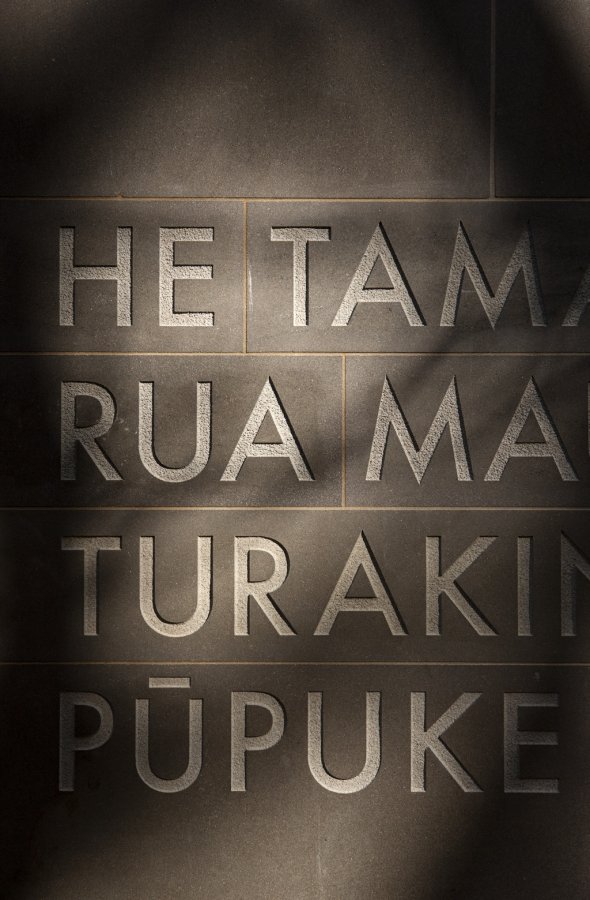 “Story Wall” with the myth of the origin Lake Pūpuke and Rangitoto by Brett Graham. 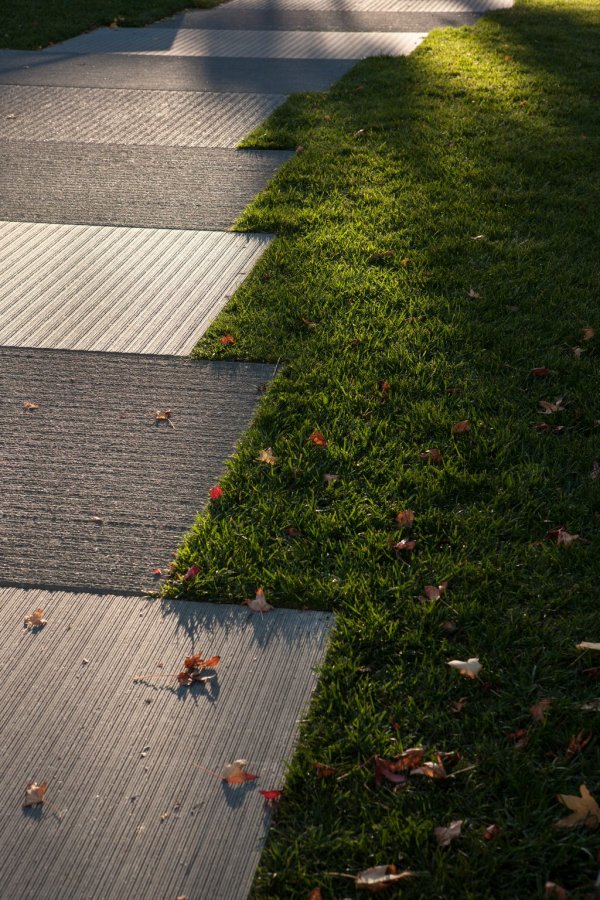 Precast concrete panels were grooved in the factory to what we christened a “corduroy” finish. 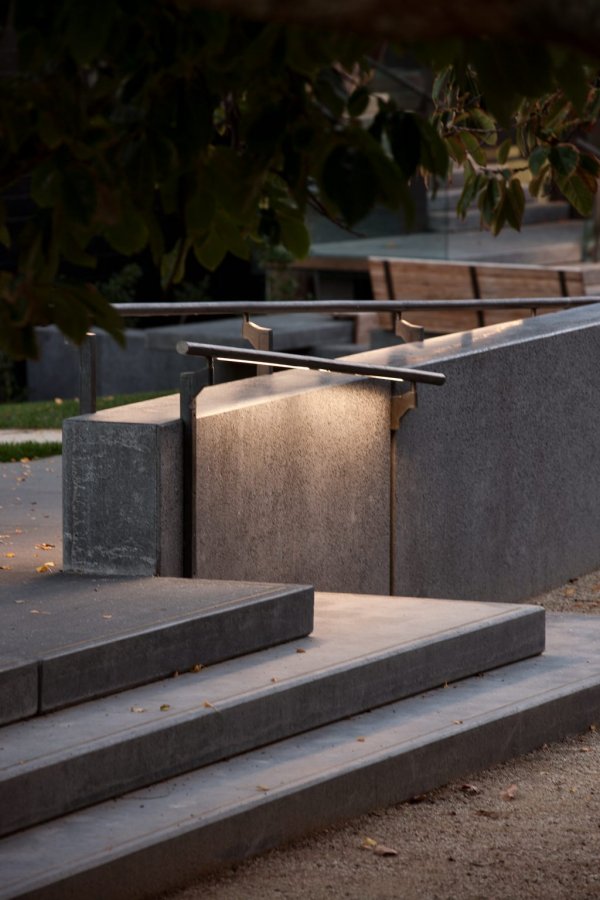 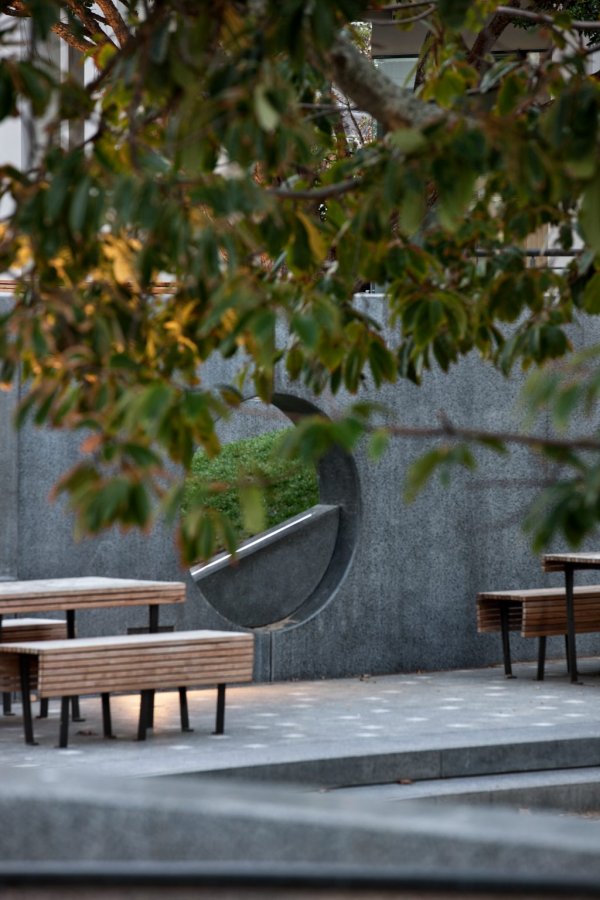 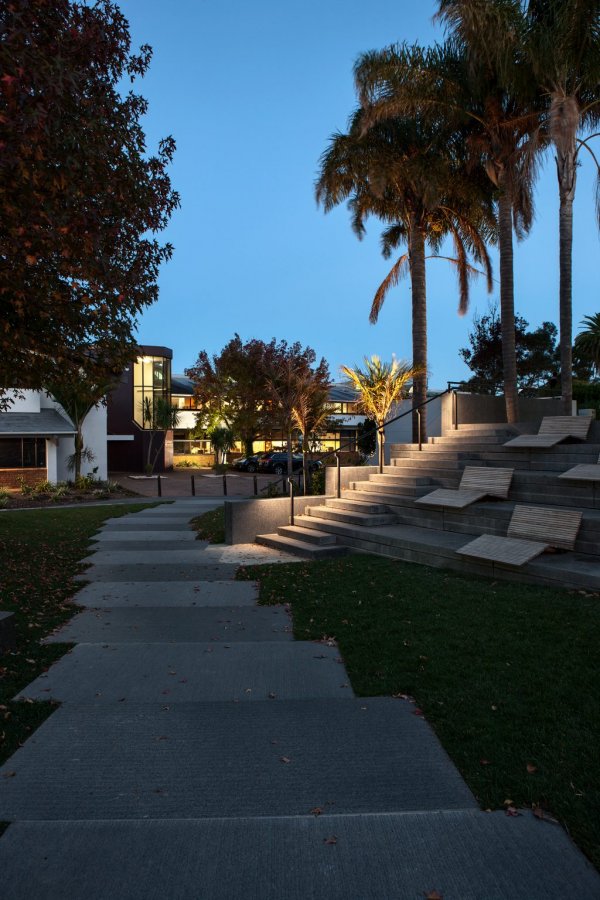 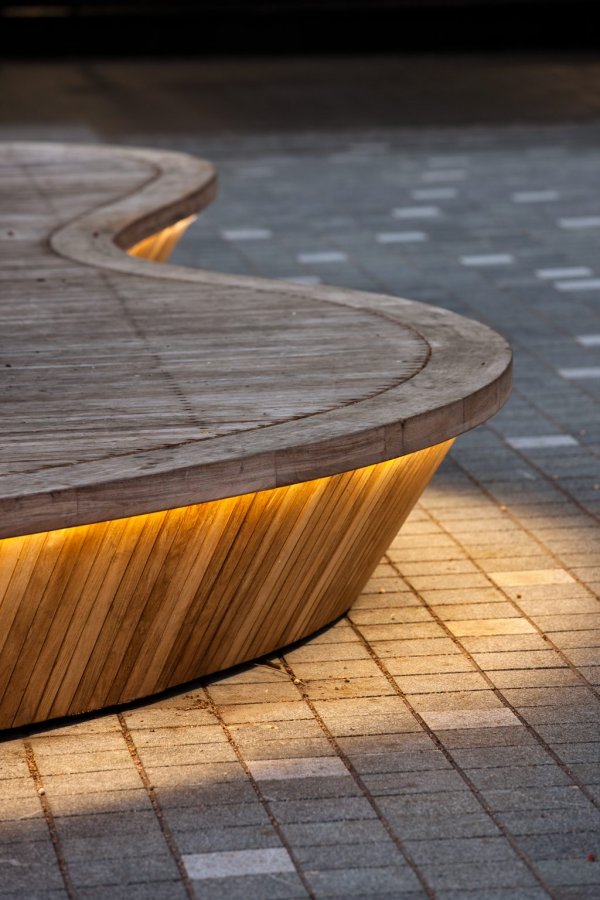 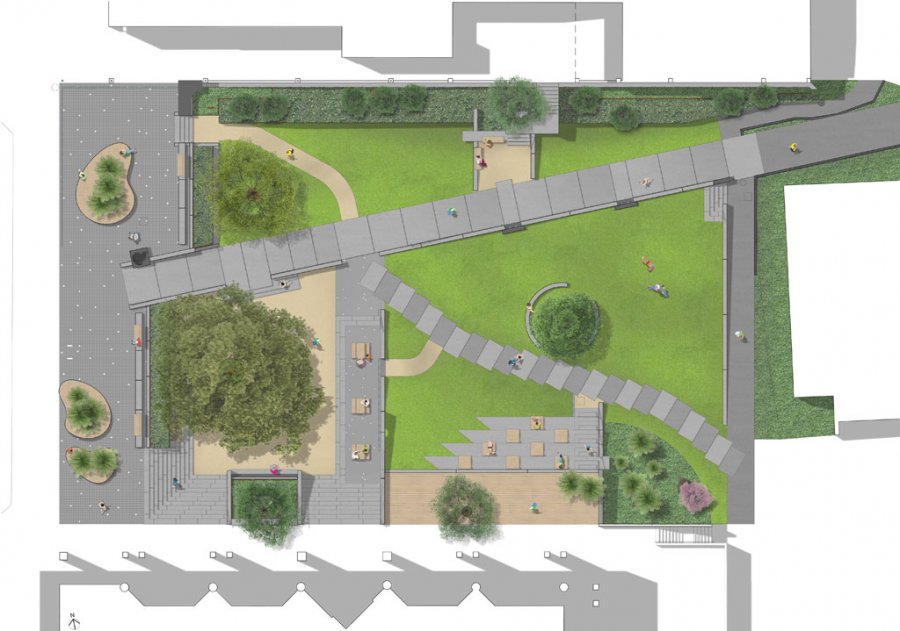