A design for the second stage of the Queens Wharf design competition has been lodged with organisers.

The competition, run by Auckland City Council, Auckland Regional Council and the Ministry of Economic Development asked for design proposals for the development of Queens Wharf, Auckland. Proposals were to provide a new Cruise Ship Terminal and a venue to act as the primary Live Site during the Rugby World Cup in 2011 and beyond. Wrapped around these were to be public open space for the benefit of Aucklanders and all New Zealanders.

Unfortunately politicians started criticising the entries as soon as the second stage entries were made public and before the expert panel could comment. It seems clear now that the design brief wasn’t agreed between the sponsors (Auckland City/Auckland Regional Council/NZ Government) before the competition was begun. 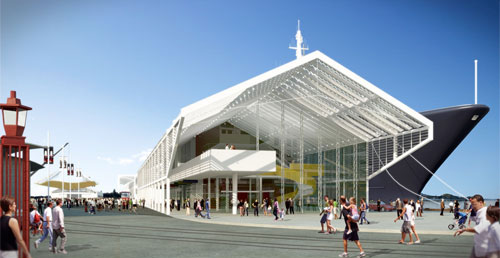 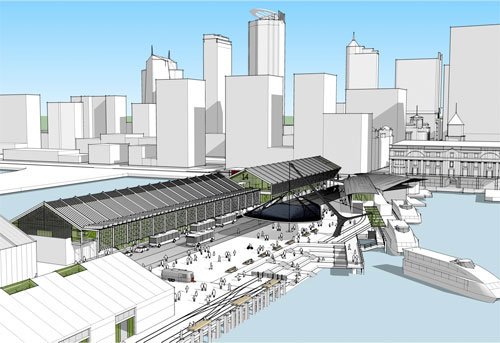 See Aaron´s NZ Herald op-ed for a further take on the competition.
See our Portfolio page for further images from our scheme.