After winning a two-stage open urban design competition Sills van Bohemen was engaged to work with North Shore City Council and the Devonport Community Board to develop a masterplan for the Devonport town centre, including the waterfront and existing wharf building. Sills van Bohemen then developed a concept design for Marine Square, one of the first projects to come from the masterplan. This provides new drop-off and pick-up areas, new bus stops and a new section of wharf, ‘the boardwalk’, which improves the ferry connection with a direct pedestrian axis from the main street through to the ferry building.

Isthmus subsequently won the tender to complete the Marine Square project and construction is due to begin in October 2013. Sills van Bohemen, in collaboration with Jasmax, are currently doing further design work on the wharf building itself. 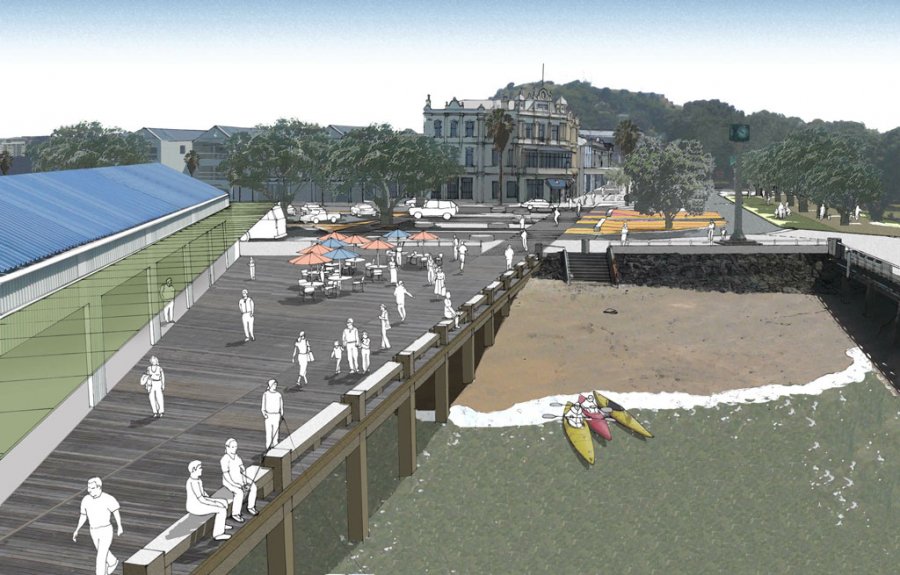 The new ‘boardwalk’ provides a direct pedestrian axis from Victoria Road to the wharf building as well as a sheltered eastern public open space. Work to be done at the same time as construction of the deck will open up the side of the wharf building so that tenancies trade out into this new space. 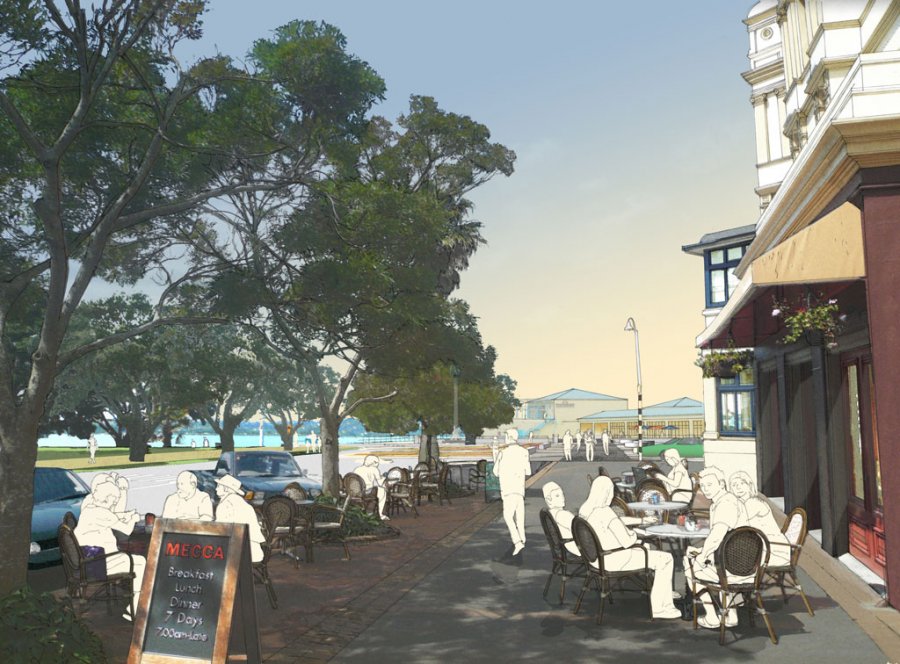 View from Victoria Road toward the wharf building. 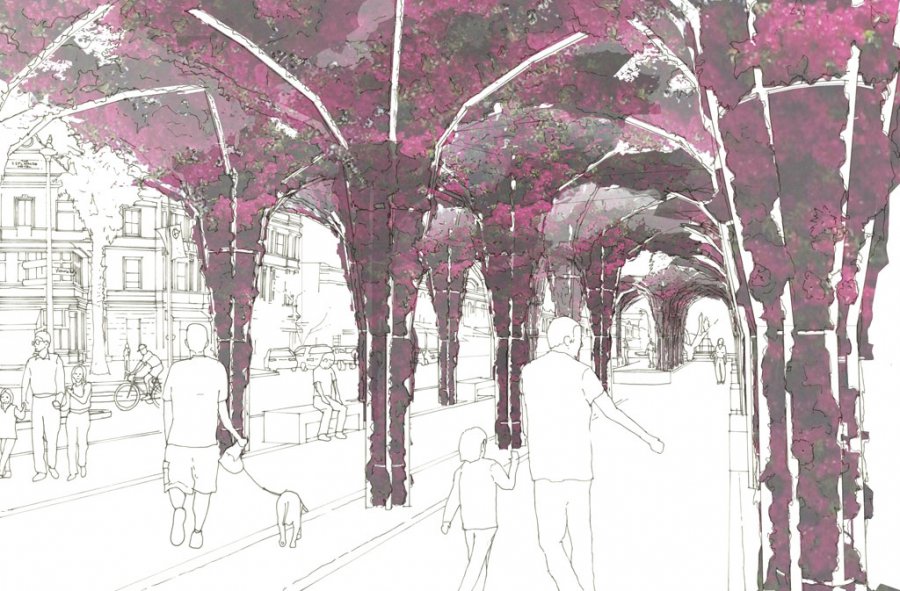 Design concept for a bougainvillea pergola (not carried forward). 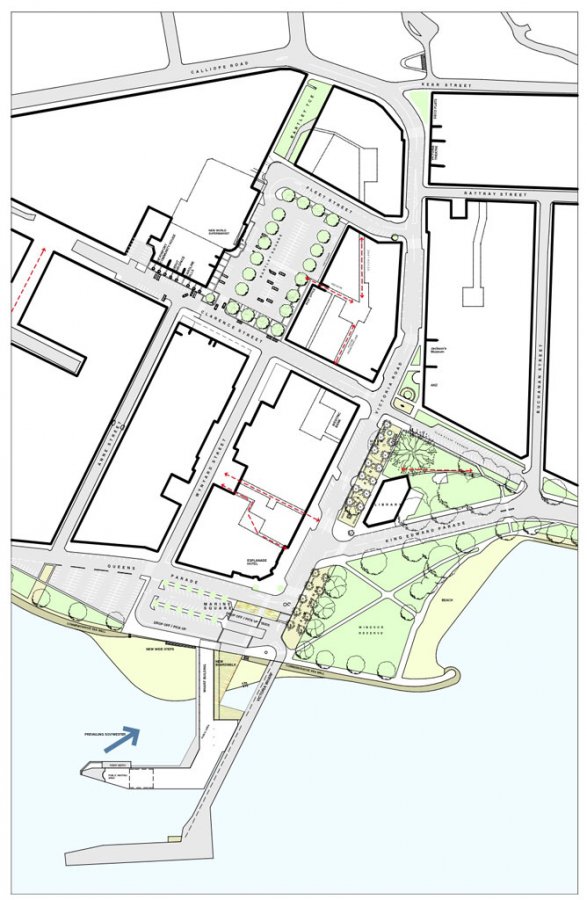 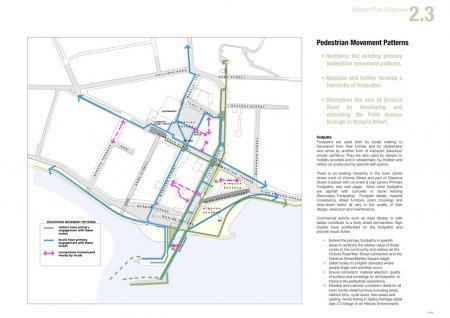 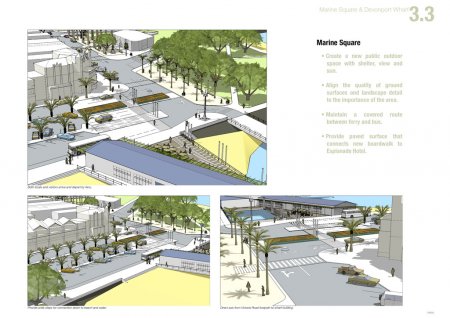 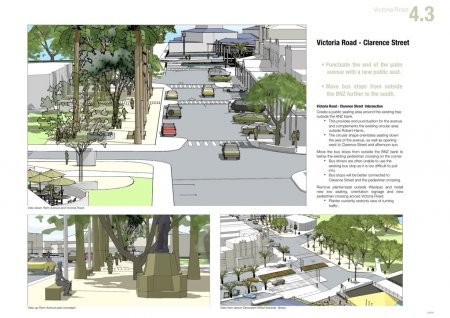