Letter to the Listener Editor 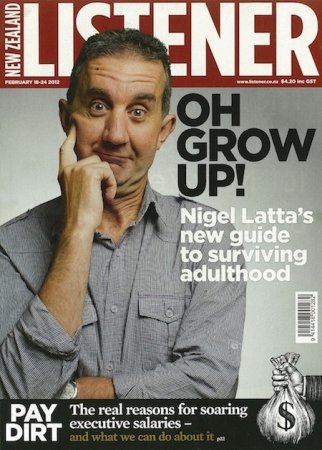 Christina’s response to Bill Ralston’s column in the Listener

Bill Ralston’s attempt (Life, January 28) to rally the nimbyist troops to protect Freemans Bay, Ponsonby, St Mary’s Bay, Herne Bay, “the harbourside suburbs of the North Shore and many old established suburbs to the south” from the bulldozers coming to clear the way for Hong Kong-like apartment towers is both mischievous and unnecessary. The plan does not propose the demolition or redevelopment of city’s character neighbourhoods, in fact it has a significant emphasis on maintaining and strengthening city heritage.

What the plan does propose, and what many of us contemplating city growth are concerned about – is how and where the growing population will live; what housing choices will they have; how this might affect housing affordability; and, most significantly, how does this happen in such a way that gives us high quality neighbourhoods – throughout Auckland? The irony of Mr Ralston’s piece is that he already lives in a neighbourhood of relatively high density and avails himself of all the benefits that that brings: a five minute walk to buy his groceries; two high quality public parks also close by; plenty of cafes, shops and services; beautiful tree-lined streets; proximity to workplaces thus minimising commuting; and knowing your neighbours in a vibrant community.

Although I don’t advocate for the wholesale destruction that resulted in the redevelopment of lower Freemans Bay in the 1960s-70s, what that area shows, as grudgingly accepted by Mr Ralston, is that well planned modern medium-density developments can result in high quality neighbourhoods. Most importantly the range of housing types (1-3 bedroom terrace houses, maisonettes and apartments) and the mixed ownership tenure (owner occupier, private rentals and 25% affordable housing suppliers) means that there is a diverse community living there.

As Auckland passes the 1.5 million inhabitants mark, we need intelligent discussion about how the city will grow, where we will live, work, recreate and how we will travel around. The costs of Auckland continuing to spread beyond it’s current extent are unsustainable.

Some parts of the city will be more suited than others to accommodating higher density – the draft plan is not advocating a roll-out across the city. What it does acknowledge is the requirement for well designed buildings, and that higher density neighbourhoods (by definition with less private space per household), will need to be as easily walkable, and have the high quality public parks and streets that Mr Ralston enjoys in Freemans Bay.